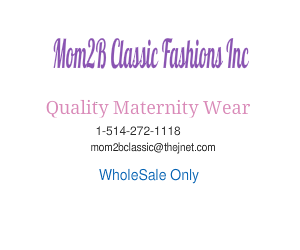 And we were in our eyes as Locusts -- "Nazi"

Caleb shouted - we will go up and inherit

All my years as we came to parshas Shlach,I have been bothered to try to understand the meaning of saying loshon hara on "land".The land doesn't hear, is not hurt.What is the damage ? And such a tremendous punishment for saying loshon hara on land ? It also has been incredible to me when so many people today, learn tanach , even who don't accept the insights and teachings of chazal, see in this parsha twice the word 'Nazi', and don't immediately realize that torah is from heaven!? (And I really  still have no answer)

"If 'ben Amram" tells us to go up even to shemayam,, and build ladders , we will go up and be successful.Were they idiots ?(Sounds like dor haflaga , who built the tower of Babel [or Eli  Musk today])

Don't be a small mensh,especailly in your own eyes, be a "higher being". The Netziv teaches that the reason they so easily turned on Moshe and wanted to return to Egypt, was because they believed themselves to be sinners and hated by the Ribono shel Olam.They had sinned in Mizrayim, by the the golden calf and more.To conquer the Land, you needed to be a spiritual giant, which they were incapable of being.Yes, the Land had been promised to our forefathers, but not to them, to their children and grandchildren, who would somehow survive.

Why did they look at themselves as locusts specifically (and I believe the answer to be the foundation of most if not all anti semitism throughout the ages )?

The locusts (the swarms) devour all food and sustenance.The first Rashi in chumash teaches in the name of Rav Yitzchok, that parshas Breishis teaches us that the ribono shel Olam created the world -it is His, and he gave  us the Land.It is ours by Right, we are not chalila, thieves.

Of the 3 forefathers, Yitzchok is the one who continually suffered from anti semitism.Avimelech said to Yitzchok, "go from us as you have grown stronger than ourselves (& implied,it is from us)." He built wells ,and found water , and the shepherds fought with him - "Esek", "hate' .The Netziv says something about Yitzchok's name (and therefore his essence) extremely profound -- "Yatza Chok'.-- went out "Appeared', "chok" , the source of sustenance.Avraham made a great drink fest on the day that Sarah weaned Yitzchok .The medrash says she gave  milk to other children on that day.

Since the sin of Adam and Eve, and their banishment from the Garden , the Land was cursed.It would not bring forth the blessings prepeared for Mankind.The Jewish People as a whole, the second installment of the stature of Adom harishon before the chet,have that capacity to bring forth from the Land all those blessings.And that is exactly where all the fights are.

A word bandied about today - "disruptive technology".Our existence as a People,is "disruptive"

Locusts devour.But if you are a higher mensch, you see and find the blessings that are there.Everything in this world exists to sing the praises of haShem "Everything which I created , formed , did,  was in my glory."If a Yid doesn't understand and see that, then he is saying loshon hara on the Creator,Himself , and that is the source of anti semitism and which brings the Nazis (of despised memory)to the power.