Presidential and  upcoming VP and spouse wishes for Happy Chanuka

Have we made it? 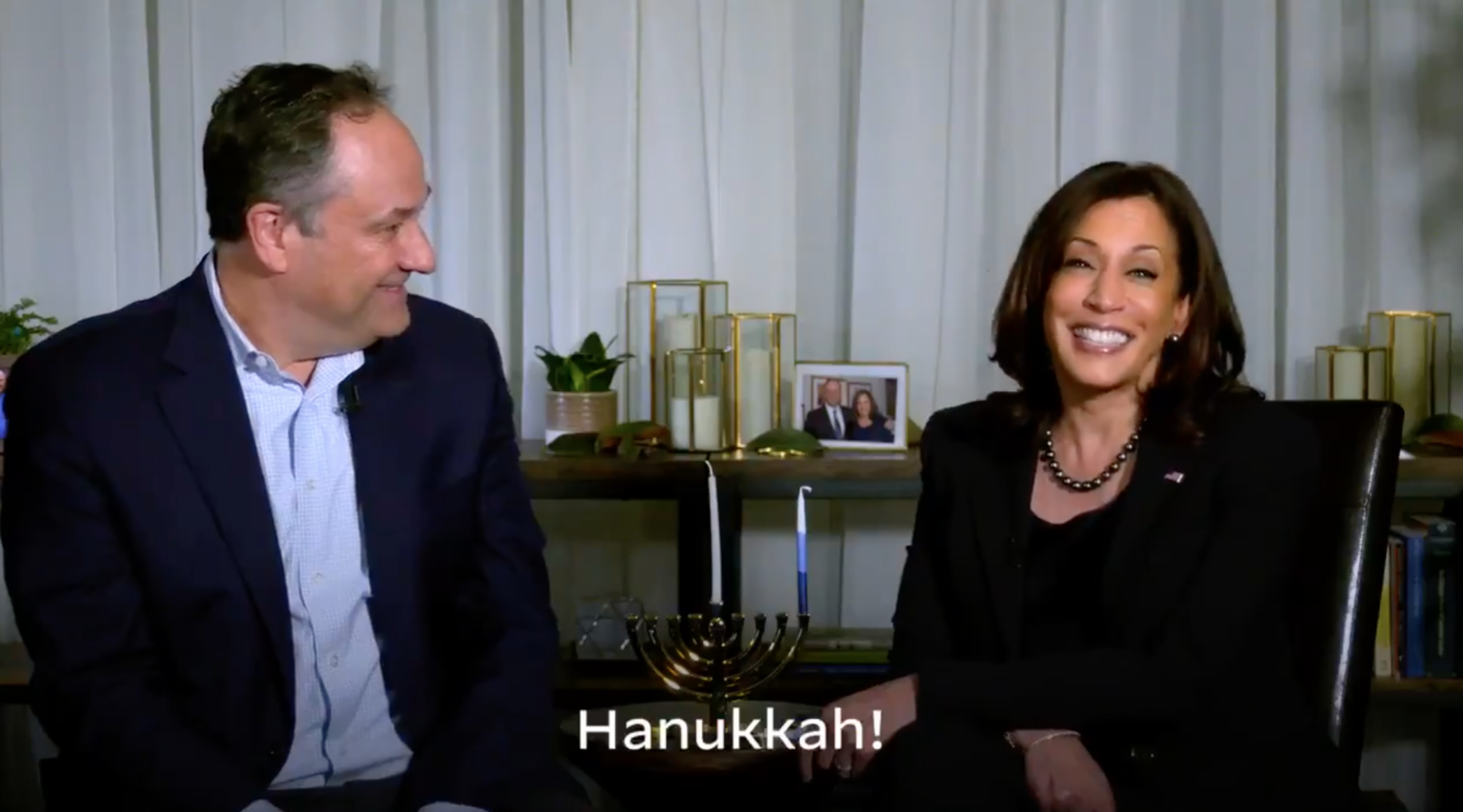 To the best of my knowledge, every country in history that treated their 'Wandering Jews' well,prospered.They had their Josephs, men and women /dona-gracia/Dona Gracia a frum jewish lady who financed kings

who feared haShem, honest and who used their heads to build prosperity.The US , from day 1 was so .George Washington was supported by an Orthodox Jew, The Jew who financed the American Revolution

The Chanuka candle and George Washington

The saying goes(with regards to 'rebbeshe stories),if you believe every  story ,you are a fool.If you don't believe any then you are an "apikorus'.But it could have happenned.

And yet with all the talk of 'tikum Olam", that is not what I have seen.Trump's  statement “The candle-lighting tradition that began over 2,000 years ago is rooted in perseverance and faith — two virtues that are indicative of the Jewish culture and the Jewish faith,” is closer to our view.

In fact the only thing the gemerra in mesechta shabbas which asks 'Mai Chanuka - What is Chanuka? , talks about was the Greek Defilement of the the menora's oil.Our haftora records the Navi's chastisement of the cohanim who had married gentile wives during the 1st golus.(and they had the incredible strength to divorce those wives!)

Through all of history ,our candle has been quiet and small.As our Rabbis teach that haShem saw that the first light of Creation was good, and it should not mix with the bad , so He hid it for the tzaddikim for the future world.Maybe that is why this parsha which so usually is read Chanuka time deals with dreams.

The Maharal writes that the Patriarchs dealt with angels because they are the foundation of the world (I certainly do not truly comprehend those words, though maybe the Maharal understand 'angels' - "messengers", to be a manifestation of a direct connection with the Creater's guidance, yes- tikun olam?).But as we descend into golus, we are sorrounded by many envelopes of doubts and questions., the darkness of this world , where we cannot accurately see the majesty of the Ribono shel Olam.

It is the Tzadik Yosef who stands with fortitude and sanctity who is able to bring the world of his time (and as a foundation for the future) to its ultimate good.

And this is the small song we sing with the lighting,'Meoz Tzur", how through all the many tribulations history throws at us, we stand strong in our faith and our enemies fall away.

Truthfully ,our Chazal teach us that Yosef, himself, so strong and resolute in his faith suffered two years unnecessarily because he placed faith that the personal butler to Pharao would "remember" him and help him leave the dungeon.How many of our co-religionists are today very disappointed in the outcome of the elections ?.Maybe we had too much trust in 'our man in the White House"?

A freilich Chanuka ! And with all our confusion , let us look forward with confidance to the ever growing light of confirmation and faith in the world, which is our raison d'etre as the Navi said (Isiah) - to be a light to the nations.!