The years, the life of Sarah all were good ןיהיו חיי שרה 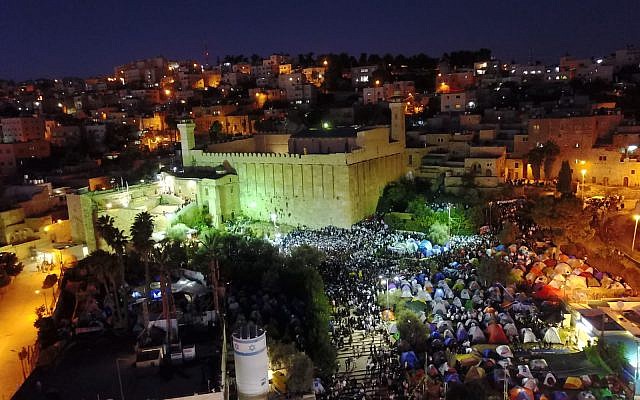 The years that Sara lived

Still reeling from the news last moetze Shabbas of the shul massacre in Pittsburgh to learn of  a hate incident in Sprng Valley this past shabbas ,the famous question is asked,'when will it all end?Actualy,I was asked this week,the famous question,'when will Moshiach come?" I answered , he is already here, just we really don't care or really want to know; it might upset our routine.

(Maybe I am slightly ahead of time, but the famous statement of the Aroch Chaim , that the 'owned ,ie the servant , Yishmael, will admit who is master;Yitzchok', in this week's parsha , is beginning to be realized in our time...

Just think a little of the incredible changes that have been going on in our lives , so recently , as Jews in Israel, and in the Diaspora.The incredible success of the small land of Israel sorrounded by a sea of ignorance and of hate, brings blessings of science and humanitarian aid worldwide.And this is  parralleled by a tremendous growth unimaginably, of Torah institutions, the heart and soul of our people, in the Holy land and here ,in the golah.

The commentaries ask that the parsha starts  with the years that Sara lived, and yet just mentions her death.And they ask on Rashi , who brings the medrash that they were all good years, when we know the opposite, she had years of incredible difficulty and pain.Most of her life, she suffered childlessness;twice she was in the hands of hated goyish kings, and in the end, she died in the shock (according to the medrash) hearing how Yitzchok was almost slaughtered.

How can we say her years were all good?The answer is that yes, they were all good.Her inner life, her inner purity were actually all good; she carried within that bouyant joy so much so , that she could transfer all this to her children.That is why the holy tanna , Rabbi Akiva could say generations later, 'what did Esther  see to rule over 127 countries? She learned from Sara who lived 127 years.What did Rabbi Akiva mean that Esther saw?Esther too was in the hands of a goyish king.But she could learn from her matriach not to lose her inner purity and faith.The name Sara comes from a prince, princess , to rule.She was able to rule over herself for 127 years and in the end, her great granddaughter saw, learned from her to rule over 127 medinas, countries.

(1+2+7 =10, in Hebrew a yud, the smallest letter which refers to the world above and which was given to Yehoshua when that letter was taken away from Sarai as her name was changed to Sara , who ruled over the whole world, not just over Abram.The Rabbanan , as Yehoshua ,the first 'talmid',who accepted his rebbe's teachings,  are feminine as they live and accept the Kingdom of haShem in this world).

I am not sure, but perhaps we can say that even her death,in shock over her son's "almost dying" , was actually a form of 'kiddush haShem'.Her neshema left her , to go to the heights her son was ready to go.

It is that strength which has kept us alive all these years.As Sara was able to laugh when Yitzchok was born and say 'all who hear will laugh with me"; it is that same inner joy and faith which brings about the miracle of the modern State of Israel in spite of generations of having to endure incessant sick animal hate .

All the world will laugh with me !