(16:1) “Vayidaber Hashem el-Moishe Acharei Mos Shenei Benei Aharon Be'Korvasam Lifnei-HashemVayamusu-Hashem spoke to Moishe after the death of Aharons two sons who brought an offering before Hashem and they died.” This verse seems to be a bit redundant. Acharei Mos, means Vayamusu? It seems as though we are speaking here of two deaths. The first when the fire appeared and consumed their souls. The second is the fact they died childless. Not having anyone to carry on their heritage meant that their eternal life had come to an end. 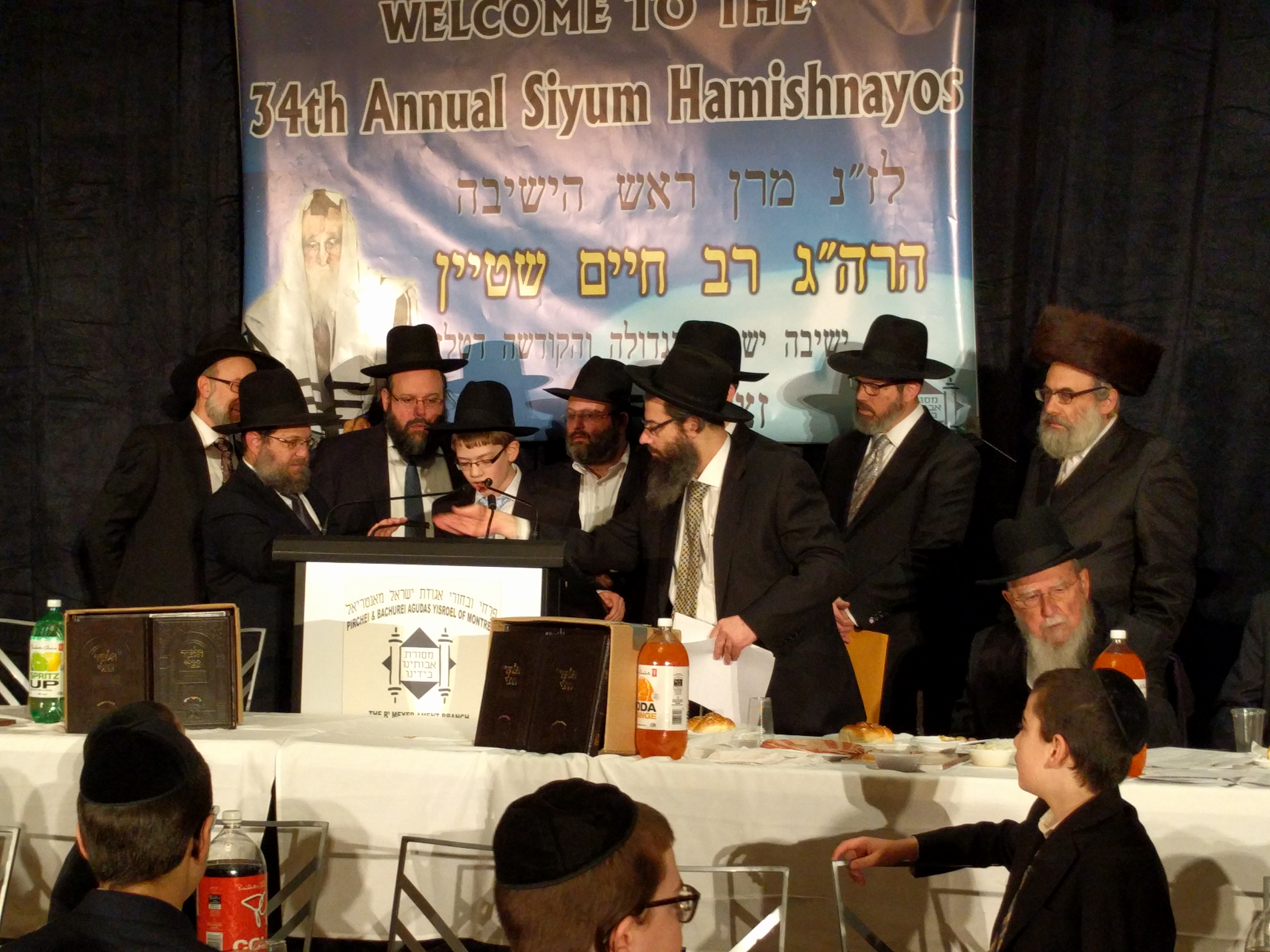 The Sholom Rubashkin case has been quietly expunged as if nothing ever occured.

After all the pain and damage this Yid incredible has suffered, we were overjoyed to be treated withthe following article.

We share ithere inits entirety as writen the Yated..

In a remarkable but unreported event in an Iowa courthouse a few weeks ago, a judge expunged from the court record Sholom Rubashkin’s entire labor case, including all documents and trial proceedings connected with “The State of Iowa vs. Sholom M. Rubashkin.”

The judge was implementing a new state law that grants a former defendant who was found innocent at trial, or for whom all charges were dropped or dismissed, full erasure of his criminal record. Such an act signals recognition that the case was without foundation, should not be used in any way against the former accused and essentially, should never have been brought.

It’s the closest thing to an apology one can expect from the government for putting someone through the financial and psychological ordeal of a criminal prosecution.

Is this what holds back Moshiach

I believe with perfect faith in the coming of the Moshiach; and even though he may delay, nonetheless, I wait every day 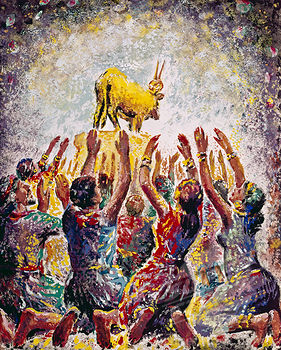 for his coming. (Rambam, 13 Principles, #12) The Chofetz Chaim was famous for his deep emunah in the coming of the Moshiach. He had a special Shabbos suit put aside to wear when the Moshiach comes. Once he was seen walking up and down the stairs. When asked about this, he replied, "I'm a Cohen. I'm practicing for the avoda in the Beis Hamikdash when the Moshiach comes." His son, Reb Leib, used to tell over that when the English announced the Balfour Declaration regarding the Jewish return to the Land of Israel, the Chofetz Chaim saw in this a sign from above that Heaven was preparing the Geula. However, he said that he was afraid that the secularists might ruin it, chas v'shalom. Many times in the past the time was ripe, but the people in the generation ruined it. (taken from http://www.shemayisrael.com/parsha/parkoff/archives/eikev74.htm)

Read more: Is this what holds back Moshiach 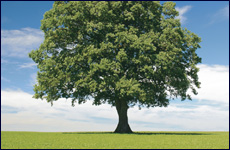 We are still in the midst of winter , but it is time to look forward to the blessings of the Land

In various places, the Torah compares a person to a tree:

The power of community is illustrated in the following Talmudic story:

An old man was planting a tree. A young person passed by and asked, What are you planting?

Silly fool, said the youth. Don't you know that it takes 70 years for a carob tree to bear fruit?

That's okay, said the old man. Just as others planted for me, I plant for future generations.

Thanks to Aish Man is a Tree

BS”D    (CREMATION) In this week's Parshah of  “VA’YECHI”, we learn (ch47; 30) of Yaakov (Jacob) requesting of Joseph to insure he be buried in Israel, in Shechem (Nabulus), in what is known as Meoras Hamachpayla; the double cave. Indeed we see the great lengths to which Joseph went through to carry this out. He led an entire entourage, as vice-Roy no less, to Israel, and there he was met with local royalty, and a great honour was paid to Yaakov, in that they all lay their crowns on Yaakov’s coffin.

Why is burial so important? Is anything wrong with cremation?

Apparently, Yaakov did not approve of cremation. Prophet Amos (ch2;1) tells us “I will not forgive Moav for burning the king of Edom, mixing his ash with limestone and plastering the beams.” The Zohar (Kabbalah) tells us it is of great benefit to the soul, for a body to be buried.

So what’s the deal? Let me preface, Judaic abhorrence to cremation is not at all related to Nazi atrocities, and their attempts to bolster and legitimize themselves by dehumanizing a noble people who brought Judaic principles to the world. Our religion by far predates them while the Third Reich of a thousand years has long been discarded to the dustbin of history.

The first real reason is, it is a commandment #537, Deuteronomy 21; 23, “you shall bury him”, (in reference to even an executed criminal). The Torah commands this because man is created in Hashem’s image. Maimonides (laws of mourning ch12; 1) tells us, this applies across the board. The Midrash teaches us after Kane killed Abel, Hashem caused a raven to bury its mate, so that Kane would learn what to do. Neglecting a body is evidently a matter of disrespect. Even more than a disgrace to the living, it is a disgrace to the spirit within. Hashem placed a Neshomah (holy soul) within each of us. A body is the container for this holy spirit. Just as it is obvious that the parchment of the Torah is holy for containing the letters, so too the body is a holy vessel for containing the soul. A body is to the person, as parchment is to the Torah. Even more so, the body was not just a container, but a tool/machine that was purifying itself and elevating a body from a clod of earth strung up with some acidic DNA, to a spiritual object. Bit by bit, each person at their pace. Tangentially, the Talmud teaches us (Pesachim) Hashem created us that a body decomposes to force people to bury their relatives and not leave them at home as a memory. It is not the physical body that was the person; it is some “je ne sais quoi” which we can call Neshomah, a piece of G-d.

The Talmud (kesubos 111b) teaches us; one of the fundamental concepts of Judaism, is the resurrection of the dead with the coming of Moshiach. The righteous are compared to wheat, in that it decomposes and re-emerges. The resurrection will be not so much as a magical reappearance, but rather a reconstruction. As an example, what our minds couldn’t previously comprehend, now views DNA re-composition as a viable possibility. Hashem has His ways, beyond our human minds. Never the less destroying the body is tantamount to symbolically denying the process and the concept of resurrection. The consequence of so doing is that Hashem in sort of a galactic irony will respond; if you choose not to believe in resurrection, well then have it your way. BTW The holy martyrs of WWII have nothing to fear, for such was the will of Hashem, beyond their control. Finally, the Kabala (Zohar) teaches us, earthly burial is a part of the dying process. The soul must divest itself of all vestiges of earthly content it accumulated during its earthly sojourn. This is the cleansing process otherwise colloquially known as hell. (Torture and revenge is not part of the process. It is a purifying of the Neshomah. Like a jeweller boiling gold to remove the impurities) The act of dying is one part of this process, decomposition of the body further aids the process and helps the soul reach spiritual heights. (The righteous, in their holiness start the process while still alive, by adding holy purpose to all their actions; the wicked actively do the reverse). What we can learn from this discussion is not despair but on the contrary, hope and encouragement that we are more than our bodies. We are a spark of G-d / Hashem Himself, and as we age we are not approaching an abyss, rather we are building to bigger and better on a far higher plane.

May we be successful in our endeavours, and take Hashem along on our journey, for He is the destination. The best part is; He yearns for our success. SHABBAT SHALOM J

75 By; Bryan Abish.  For questions, free subscription or to unsubscribe; This email address is being protected from spambots. You need JavaScript enabled to view it.  Subject; Dvar.